Few would question this claim.

There’s been an inn on the site since 1793, when enterprising John Ward felt business would accrue to it from the jail (which had opened the year before) and also from the cemetery, grieving and drinking being two activities the Irish seem fond of engaging in simultaneously. Bully’s Acre cemetery was situated in the grounds of the Royal Hospital, a home for retired and/or disabled soldiers. The timing of the building of the jail was significant because the French Revolution had recently taken place and the British felt (rightly as it turned out) that the ideals it espoused might also take root in Ireland. Six years later the 1798 rebellion occurred, and when the rebels were captured it was here they were incarcerated.

Ward’s son, also called John, took the pub over, renaming it the Victoria Tavern in honour of Queen Victoria after she acceded to the British throne in 1837. The main customers at this time were the veterans from the hospital. Soon the Great Southern and Western Railway was built and its workers boosted its trade further.

In 1856 Margaret Drummond bought the pub, taking advantage of the original inn licence to lodge travellers and relatives of those residing in what she called “the Big House” (the jail) across the way. Because of the unique circumstances, she was also allowed to open the premises at 5am. The Murray family took the pub over in 1898, changing its name once again, this time to the Kilmainham Tavern. Guinness was now served here for the first time.

After the Easter Rising of 1916, most of the captured insurrectionists were interred in Kilmainham. One of the most poignant executions was that of the poet Joseph Mary Plunkett. He was married by candlelight just two hours before he was shot, the ceremony taking place as soldiers stood to attention beside bride and groom, their rifles cocked. Éamon de Valera, who went on to become Ireland’s prime minister and later its president, was also held here at this time. He was originally sentenced to death for his part in the Rising, but the sentence was commuted because of his mixed heritage. (He had Spanish blood, and he was born in America).

The Civil War of 1922 was also traumatic for the pub, which was riven – as the country was – by divided loyalties. The numbers in the jail again swelled in the aftermath, but two years afterwards it was closed for good, to the jubilation of all. De Valera was its last prisoner.

The pub has had many more owners since then, and also further name changes. It owes much of its fame to its location, of course, but it’s also a pleasant place to have a pint.

There are also many photographs of the old Royal Hospital, Kilmainham and the Jail dating back as far as the 1860s. Today the “RH” is a cultural centre which specialises in the exhibitions, lectures and concerts. It’s Ireland’s only surviving fully classical 17th-century building. The building was extensively renovated in the 1980s but has preserved its magnificent classical structure fronting onto a central courtyard. An elegant clock tower is set in the front quadrangle.

The jail has undergone a similar change of function. It remained closed until 1966, the 50th anniversary of the Rising, when it was opened as a shrine to the martyrs. Today there are guided tours and audio-visual shows documenting seminal events of Ireland’s history. 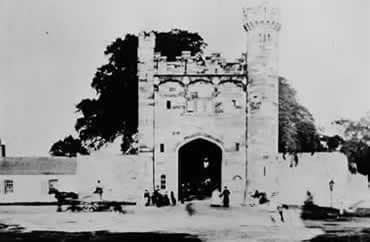 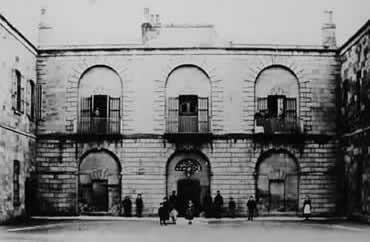 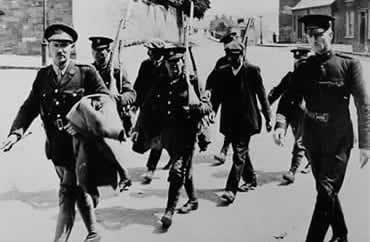 Republican prisoners being escorted to Kilmainham, 1916 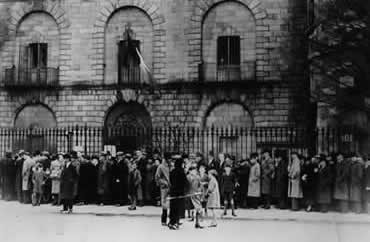